In SENSOMEMO, my colleagues and I are interested in exploring affective and embodied memories, partly in relation to (voluntary and forced) mobility and movement. I am particularly interested in exploring memories in a mobile and transnational context, intersecting it with the postmemory of Baltic exiles who fled the war in 1944. This describes well my own family experience: I am the daughter of WWII refugees from Estonia and Lithuania, respectively. I grew up in the West, but my childhood was shaped by political discussions and my father’s work at the broadcaster Radio Liberty/Free Europe (RFE/RL). During the Cold War, RFE/RL broadcasted information censored in the communist-controlled domestic media in the countries in the Soviet sphere of influence behind the Iron Curtain (for more detailed information, see rferl.org). The restoration of their countries’ independence from Soviet rule was a common concern of RFE/RL journalists. In the following, I would like to briefly reflect on the current war in Ukraine in relation to post-WWII exile experiences of war and displacement and to illustrate how memories can haunt but, at the same time, can also help to connect and evoke notions of empathy and solidarity.

When I woke up on February 24, 2022, which also happens to be Estonia’s Independence Day, I had the eerie impression of a déjà-vu. For me, Putin’s War against Ukraine seems to serve no other reason than the misguided historical and geopolitical appetite of the leader of a mightier country, who is ready to commit cruelties and bring about destruction and death just to achieve his goals, just like in 1939. Before the outbreak of war in Ukraine, many Europeans still believed and wanted to believe that another war could not happen again in Europe after the experience of two world wars (conveniently forgetting the Yugoslav War and war crimes of the 1990s, which also took place in 20th century Europe). Putin’s attack on all of Ukraine proved them wrong but sadly confirmed my suspicion about Russian policies. I am deeply shocked by Russia’s attack on Ukraine, the war crimes committed by Russian troops, the senseless acts of violence and destruction and the lies from the Kremlin that denies all responsibility. My thoughts are with all those who are directly affected, and I stand in solidarity with Ukrainian people and those who oppose this war.

The Russian attack on all of Ukraine has triggered one of the biggest refugee flows in Europe since WWII. United Nations estimates that almost 4 million Ukrainians, mostly women and children, have already left their country and approximately 6,5 million have become internally displaced within Ukraine within a month (UNO Flüchtlingshilfe). Western media coverage documents this refugee flow primarily with two sets of images. We see heart-rending scenes taking place at train stations, where families take farewell. Mothers, children and the elderly are boarding trains to the safer West, while their husbands, fathers, brothers and sons stay behind as men above 18 years are not allowed to leave the country but to stay to defend their country. The refugees often leave Ukraine with next to nothing, and we can imagine that they have hurriedly packed a few belongings into a small bag, a rucksack or a small suitcase and some have taken along their dogs or cats. The other set of images presents the extent of destruction in Ukrainian towns and landscapes, which will take ages if not decades to be rebuild. While these images are often accompanied by unfamiliar noises of sirens or the dull sound of an impact, I see urban architecture, places and landscapes, which remind me of other Central and East European towns and post-Soviet places I have visited. This war is taking place on familiar grounds in Europe and the images are a concrete reminder of how our lives can be changed within a second.

For elderly Europeans, but also for other people who have more recently escaped from similar situations in other conflict zones, the war in Ukraine can bring back silenced, forgotten and suppressed memories of their own experiences with war, violence, displacement, despair and fear. In a recent conversation, my colleague Kristiina mentioned how the sounds and images of the war in distant Ukraine revived embodied and affective memories for her mother, born in 1930, who witnessed bomb attacks during the Second World War (WWII) as a 9-year-old child. The sound of a siren announcing the impeding missile strike in distant Ukraine triggered the urge to run and hide in her mother, just like she had been taught during WWII.

Traumatic memories can haunt not only those with first-hand experiences, but they can also affect their descendants. Unlike Kristiina’s mother, the Russian attack on Ukraine does not evoke haunting embodied memories in me. However, seeing the images of Ukrainian refugees and of their country’s destruction and hearing or reading the stories of their experiences affects me, too. I can partially relate to these stories. They fill me with foreboding of what the future holds for them and their descendants as refugees and strangers among strangers in a foreign country: separated from family members, away from home and struggling to keep their language, culture and memories of another time alive. I know it because these stories are part of my own family history and my personal experience as a daughter of Baltic WWII refugees. Although the war in Ukraine takes place in a different time, place and context, I see parallels between the Ukrainian people’s experiences now and my parents’ and grandparents’ experiences during WWII, which also triggers my strong sense of empathy and solidarity towards Ukrainian refugees. The people, their styles and things as well as the buildings and landscapes in Ukraine feel familiar. While the situations are not the same, they are somehow interconnected by the Russian attack and affect my ability to construct similarities and to transfer sentiments associated with my parents’ and grandparents’ memories and experiences of WWII and exile to the current events in Ukraine.

The concept of postmemory (Hirsch 1997, 2008, 2019) refers to the inter- or transgenerational transmission of collective traumatic and transformative memories, such as war, genocide, extreme violence, revolutions, occupation and authoritarian regimes, forced displacement and exile, the histories of slavery and colonialism or the expropriation of indigenous lives across the globe. The traumatized generation’s memories affect the well-being of their descendants who have no personal recollections of the events and experiences preceding their birth but feel as though they were shaped by them. According to Marianne Hirsch, postmemory offers the ability to respond with an openness to attunement, solidarity and responsibility (2019: 174) and speaks of ‘affiliative postmemory’ (2019: 173) in this context. Affiliative postmemory cannot be understood as an identity position but rather encompasses a collective imaginary based on individual and familial remembrance that is shaped by multiple forms of mediation, including “a shared archive of stories and images, by public fantasies and projections” (Hirsch 2019: 172). Hirsch argues that the ‘multidirectional’ (Rothberg, 2009) memories of the different experiences with violence, terror, war and other political changes in society, are or can be connected, whether historically, politically or structurally, and are transmitted across generations by similar or related pathways (Hirsch 2019: 175). In my research, I will pay attention to the notion of affiliative post-memory in the context of Baltic forced displacement and exile and its potential and limits to evoke solidarity and empathy as well as how this connects to our project’s research on material autobiography.

As members of the Société Internationale d´Ethnologie et de Folklore/ International Society for Ethnology and Folklore (SIEF), we the members of the SENSOMEMO research project fully endorse the SIEF Statement in support of the people and our academic colleagues in Ukraine. https://www.siefhome.org/publications/statements/ukraine0222 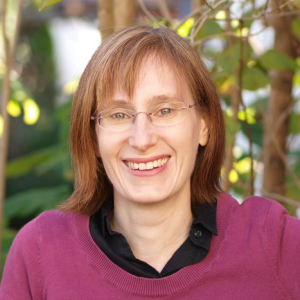