In June three SENSOMEMO team members travelled to Iceland to RE:22 Nordic Ethnology and Folklore Conference. The conference was organized as a hybrid event, but despite the opportunity of online participation, many scholars preferred the in-situ experience, having a chance to leave home and enjoy socializing and seeing new landscapes. The number of participants (408) was the highest in the history of Nordic Ethnology and Folklore Conferences that goes back 100 years.

The conference experience had an impressive beginning, as the delegates were invited to on opening reception by the President of Iceland Guðni Th. Jóhannesson at his presidential residence at Bessastaðir. After the reception, the evening continued with an opening party at a local pool. Visiting a thermal pool is part of the local weekly habits, a great way of relaxing and forgetting the daily toil as well as forgetting the wind and cold. Although

The conference theme was repetition which also included repeated forms and dispositions of material culture, reuse and recycling of things and reimagining of material futures. Thus, many of the panels about materiality explored issues related to sustainability. SENSOMEMO team gave a presentation at a panel entitled “Sustainable homemaking: echoes from the past, and contemporary challenges” that scrutinized re-conceptualizations of domesticity and home in a time in which sustainability issues are of extreme importance.

The conference also offered delegates the chance to offset their carbon footprint by planting 2000 very small trees with guidance from the Icelandic Forestry Association. 170 delegates alternated between the forestation site in Úlfarsfell and the Open Air Museum Árbær, which gave insights into architecture, lifestyles and dances from Iceland’s past. The forest grown will be a mixed species forest of pine, birch, willow and poplar and hopefully help to increase the forest stock, which has been reduced over the past centuries from 40% to less than 2% due to deforestation, animal grazing, volcanic activity and a harsh, windy climate. Let’s hope that these little trees will survive – but as the local mantra goes, “Þetta reddast!” – It will all work out well!

In addition to hearing about inspiring scholarly work and having discussions with old friends and new acquaintances, Iceland welcomed us to explore its unique nature: waterfalls, hot springs, lava fields and glaciers.  Already the colors of this volcanic island are magnificent as well as the sense of the sea that is present everywhere. Kristiina attended a whale watching tour, and even though the sea was rough that day, she enjoyed this short trip to see the humpback whales near Reykjavik. One more thing that tickles one’s senses is the Icelandic wool that is said to be of unique nature. Even though Icelandic wool can be bought in other parts of the world too, the Léttlopi yarn bought from Iceland carry a special meaning. One day, with lots of work the yarn will become a beautiful Icelandic sweater, lopapeysa.

Eerika, on her part, made a short trekking trip at Reykjadalur, the Valley of Steam, which is a beautiful geothermal region close to the southern town Hveragerði and visited the oldest public geothermal pool Secret Lagoon along the Golden Circle, dating back to 1891.

Viktorija went on a guided Golden Circle (Gullni Hringur) Tour, which took her to Þingvellir, the Geysir Geothermal Area and the Guldfoss Waterfall. Þingvellir National Park, situated directly between North America and Eurasian tectonic plates, is Iceland’s first UNESCO World Heritage site and the place where the Icelandic Parliament Althing regularly met between 930 AD and 1798 AD before moving to Reykjavik.

About an hour’s drive from Thingvellir is the Geysir Geothermal Area, where the great geyser Geysir, which is believed to have existed for about 10,000 years and is the name-giver to all geysers in the world. While Geysir seemed to be nicely slumbering, its neighbor Strokkur erupted every 4-5 minutes, throwing water up to 40 meters in the air.

However, personally, Viktorija was the most impressed by the spectacular Gullfoss Waterfalls (“Golden Falls”), fed by the melt water of the glacier Langjökull, which when the sun shines is supposed to shimmer golden. The powerful masses of the water simply created awe for nature.

The conference ended with a dinner and a dance party at the Reykjavík Art Museum Hafnarhús. On next day, June 17, Iceland celebrated its independence. The next conference will be held in more familiar landscapes in Turku, Finland in 2025. See you there!

[Pictures 1 and 3 by Kristiina, picture 3 by Viktorija and 4 by Eerika ] 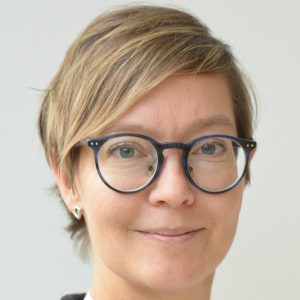